One of CEDO’s current projects in Sea of Cortez involves the management of San Jorge Island, part of the “Islands of the Gulf of California United Nations Biosphere Reserve,” and a critical area for seabird reproduction, migrating open-ocean species like hammerhead and great white sharks, whales, as well an important area for local, small-scale fisheries. Isla San Jorge, or “bird island” as it is better known to Americans, is also home to the Gulf’s second largest colony of California Sea Lions (Zalophus californianus), a highly-intelligent and charismatic marine mammal. 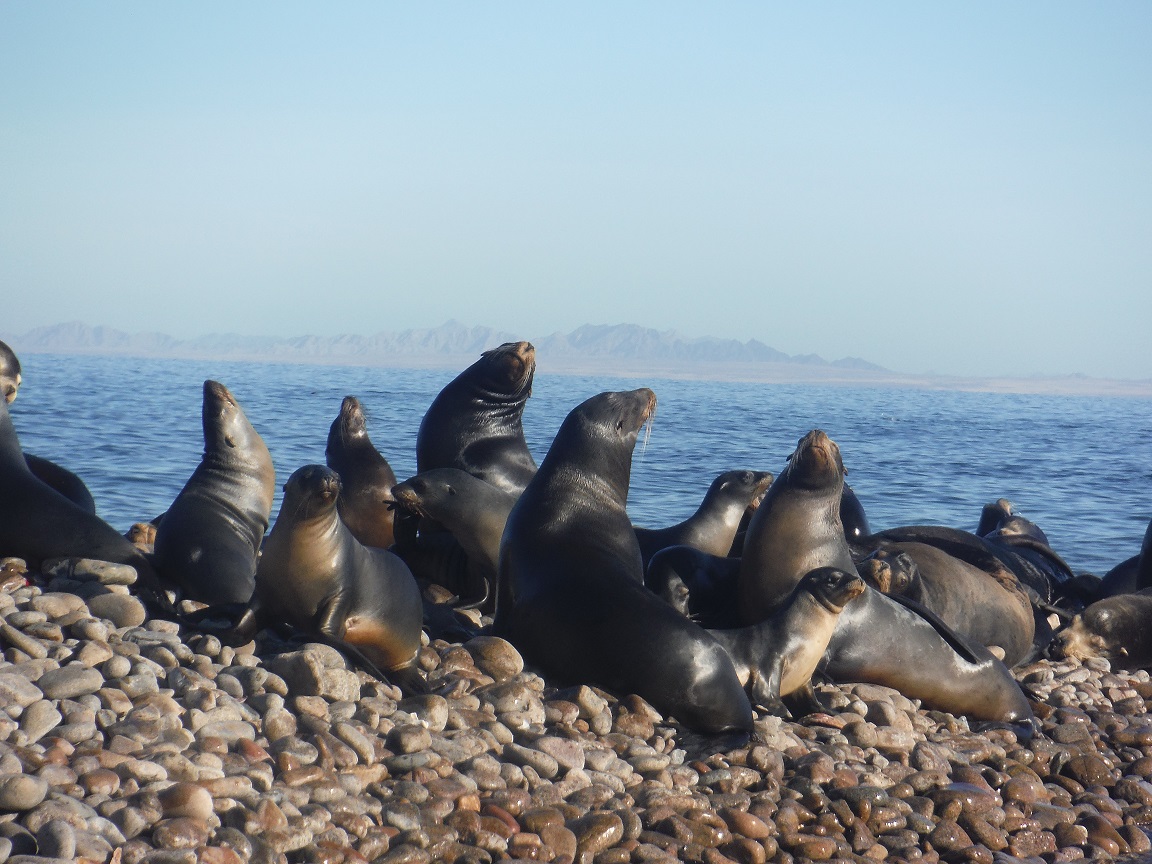 (Photo above from CEDO archives – The bachelors of Isla San Jorge)

Sea lions feed in coastal waters, often diving to great depths (max 274 m or 899 ft.) and swimming long distances, and they give birth to their pups on the whitewashed rocks of San Jorge. Through our Education Programs and NaturArte EcoTourism Program, we have been bringing visitors to swim among our local sea lions for decades, maintaining strict protocols of not coming too near the rookeries and never touching the animals. This is an unforgettable experience, as the pups are especially curious and love to mimic humans. Their bright eyes and incomparable agility are simply magical! 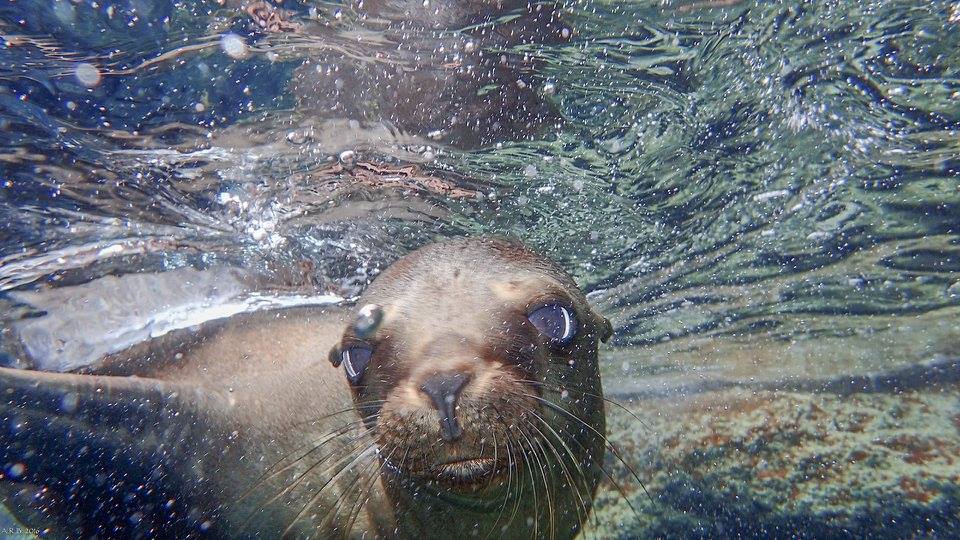 (Photo above by Alan Berman – A curious young sea lion)

CEDO has also long been monitoring the population of sea lions on the island with the help of local fishermen, who have been trained to record key information that can help us conserve this internationally-protected species, that is still considered to be in recovery throughout its range (the California sea lion is listed on the IUCN Red List, as well as on the Mexican Regulation for Priority Protected Species NOM-059-SEMARNAT-2010). What is more, it is a keystone predator, meaning it maintains the integrity of the entire marine ecosystem by regulating populations of the schooling fish on which it primarily feeds (sea lions also eat octopus, squid and other mollusks). 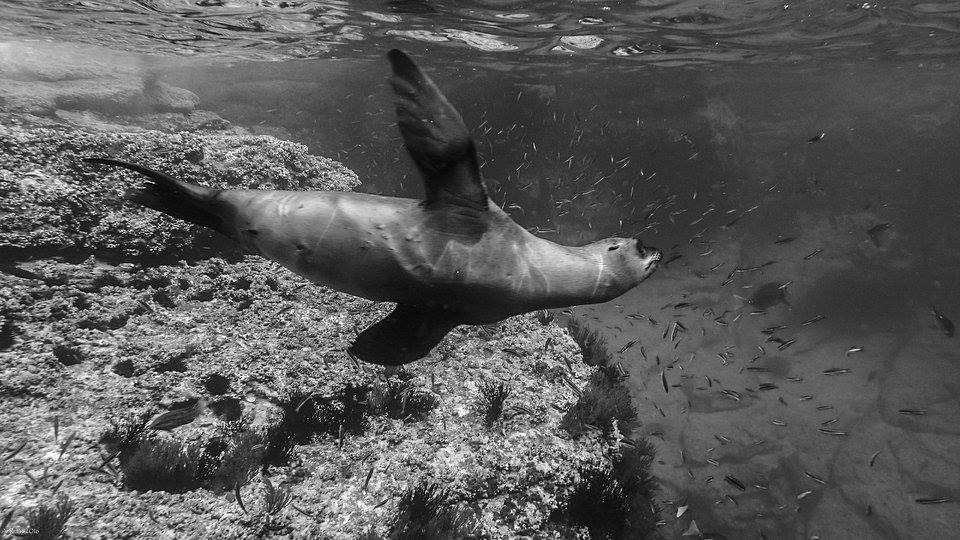 Sadly, because sea lions also feed on larger, targeted commercial species, even pulling fish out of fishermen’s nets, it is common (across the globe) for fishermen to kill them in order to safeguard their nets and catch. Sea lions also tend to perish or be harmed by contact with industrial and smaller-scale fishing gears. On Isla San Jorge, observations made by local-community monitors have revealed a sharp increase in the amount of “entanglement events,” when sea lions get caught in nylon gill-nets and other debris. Though they are usually strong enough to free themselves, the animals often wind up with the netting slowly cutting through the flesh around their neck or flippers, causing much suffering and eventually an untimely death. For ethical reasons, as well as conservation purposes, we are working to reduce entanglement events by raising awareness among fishermen and training them to untangle the animals using state-of-the-art protocols developed by international experts. 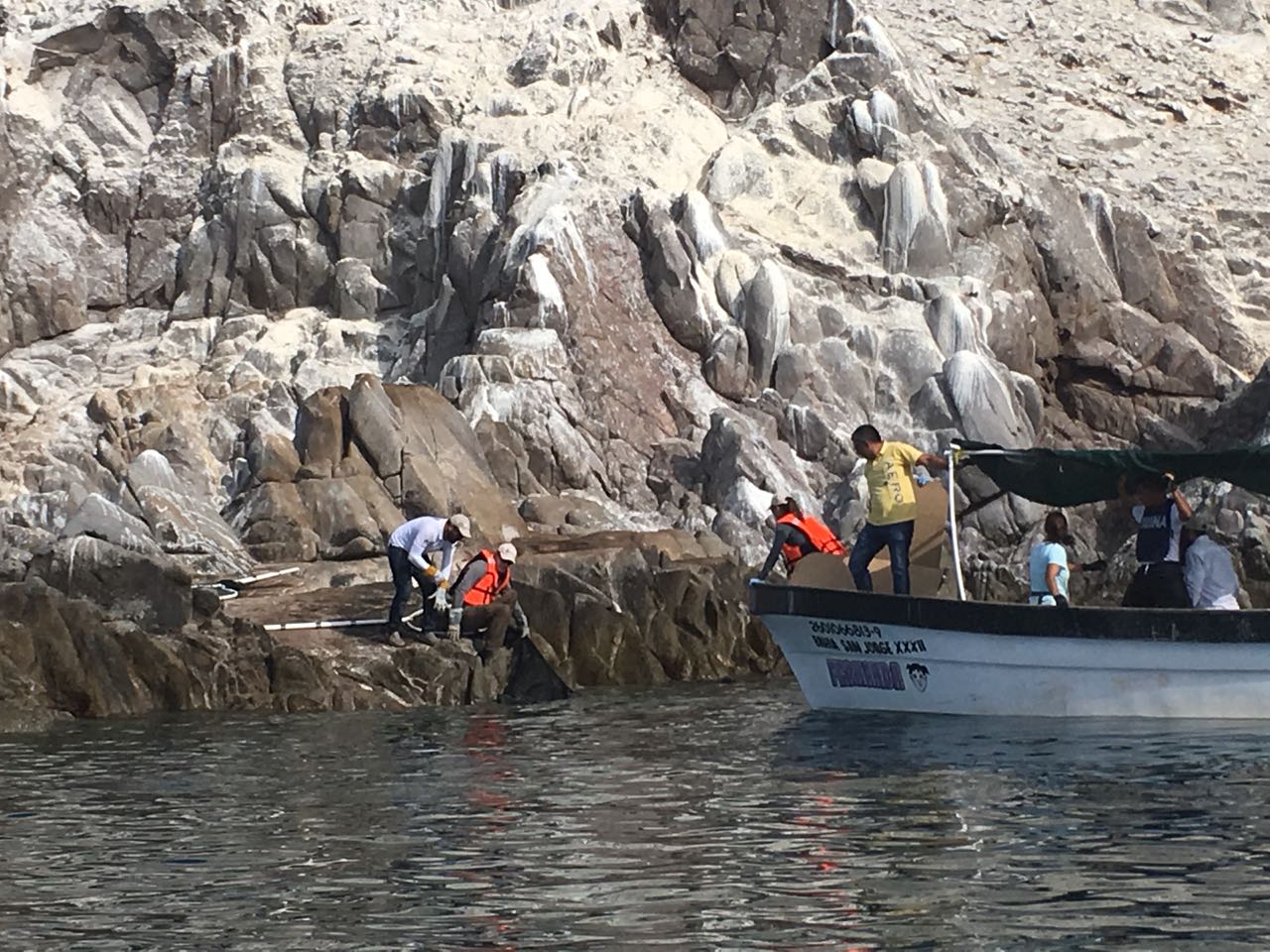 This effort is underway with the support of government agencies that manage protected species in Mexico, namely  SEMARNAT, CONANP, PROFEPA, and SEMAR, along with the municipalities of Caborca ​​and Puerto Peñasco, Mexican NGO’s like CRRIFS, and US based nonprofits like World´s Aquarium, the Marine Mammal Center in San Francisco, and Greater Good. CEDO is also working closely with the Association of San Jorge Island Tourism Service Providers, and with the local fishing community of Ejido Rodolfo Campodónico, namely the Fishing Cooperative Ejidal Bahia San Jorge which includes 11 fishermen and 1 fisher-woman, all of whom actively participate in sea lion monitoring as well is in clean-up campaigns of abandoned fishing gear on and around San Jorge Island. 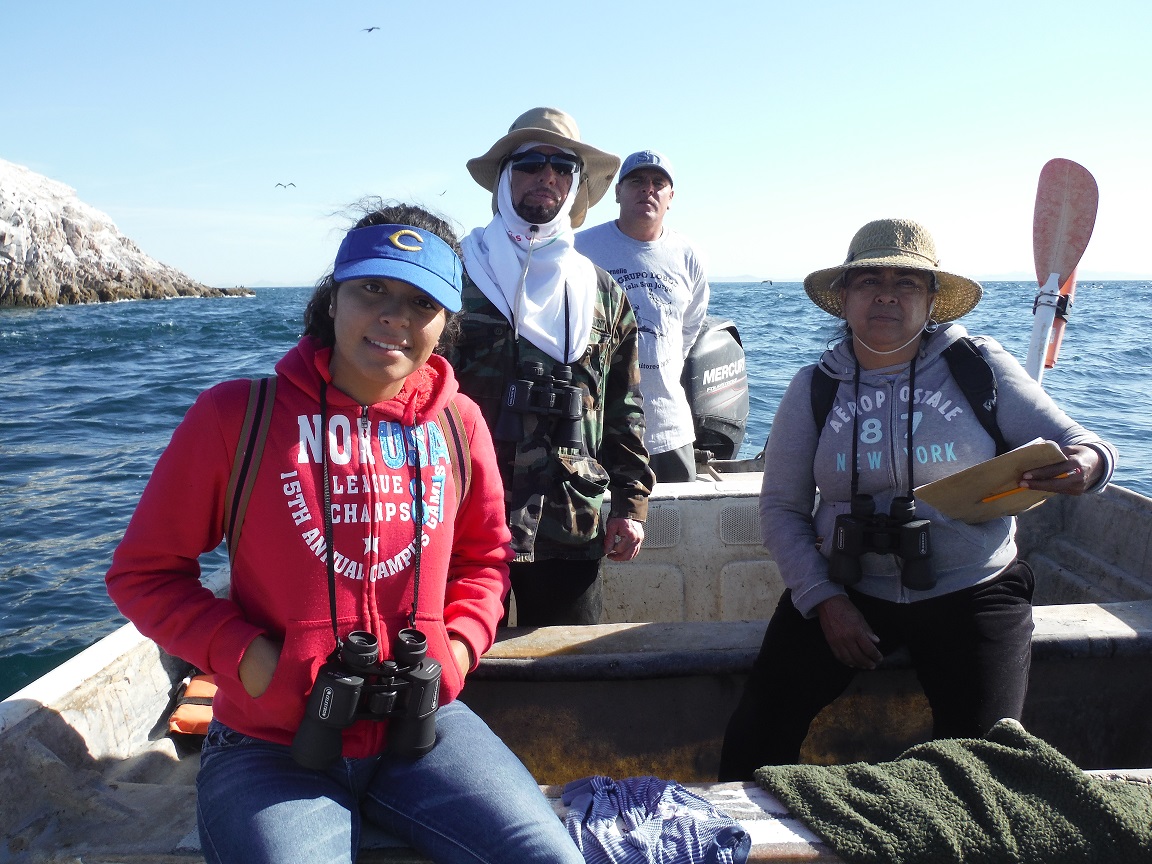 Since 2014, when we began working intensively with the San Jorge community, CEDO has consolidated a “San Jorge Island Community Ranger Group for Surveillance & Stewardship,” who will be participating in our upcoming training workshop held from October 31thto November 6that the CEDO Campus in Peñasco. In this workshop, local fishermen and more than 40 people from various government and non-government organizations, including from Sonora and our neighboring states of Sinaloa, Baja California and Baja California Sur will participate in establishing Mexico’s first, permanent sea lion disentanglement task-force! In addition, we will be working with the local fishing communities to establish a voluntary no-fishing area in an area of ​​711 hectares, specifically to protect the California sea lion. 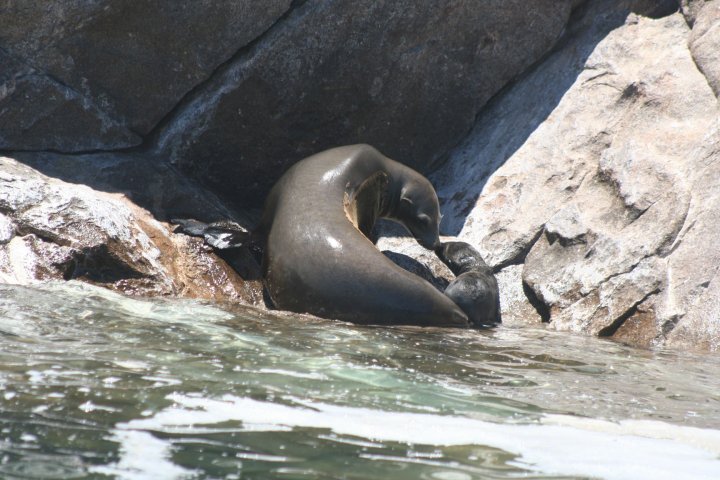 If you love sea lions as much as we do, please help us match our training costs of $5k. YOU can help alleviate the suffering of sentient beings while building a sustainable future for the people and ecosystems of the Sea of Cortez – one of our planet’s last remaining ocean treasures.