Renewed Energy to Save Vaquita By Peggy J. Turk Boyer

Previous Next
Renewed Energy to Save Vaquita By Peggy J. Turk Boyer

Gillnets will no longer be allowed in vaquita’s primary habitat in the northern Gulf of California.  Accidental capture of vaquita in these nets has been the principal cause of mortality for this endangered porpoise, whose population has dwindled to less than 30 animals. As of June 30th, 2017, the temporary ban of these nets that was established in spring 2015 in the western half of the northern Gulf, was extended indefinitely by Mexican government decree, removing most of the risks for vaquita.

The ban does not take care of the entire problem though. Illegal fishing continues, especially for the  endangered totoaba (a large croaker fish), which has a highly prized swim bladder sought after in the Chinese market, where one bladder may bring as much as  $20,000 US. Totoaba nets are often left unattended overnight and are sometimes lost, but they keep catching animals, posing a risk not only to vaquita, but to many other marine mammals, sea turtles and birds. Until these problems are adequately addressed, there is great concern over the survival of the remaining vaquita.

In response to these problems, the International Committee for the Recuperation of Vaquita (CIRVA) has recommended that a few vaquita be captured and placed in a sanctuary, for protection and possible breeding, to ensure the animal does not go extinct. The Mexican government has adopted this recommendation and in the fall of 2017 an attempt will be made to capture vaquita and safeguard them in a sea-pen sanctuary along the coast of San Felipe.  This has never been tried before with vaquita, and results have been mixed with other porpoise species. The capture will involve the use of bottlenose dolphins trained by the U.S. Navy and Norwegian porpoise experts, who will work side by side with researchers from Mexico’s National Institute of Ecology and US NOAA researchers.  If the program is successful, some vaquita will be safe from the continuing risk of illegal gillnets.

This extreme effort is being carried out in conjunction with other activities aimed at cleaning up all ghost nets from vaquita’s habitat and increasing enforcement. Specific sites will be defined for launching boats to help monitor all fishing activities and all fishing will be accompanied by real time monitoring equipment, so it will be possible to know where and how a boat is fishing. Mexico will double the number of inspectors in the region. Fisheries that have no risk of capturing vaquita, such as the encircling nets used for the Gulf corvina and mackerel, and traps and long-line used for fish, will be allowed, along with diving fisheries and traps for crab.  Night fishing will be strictly prohibited. 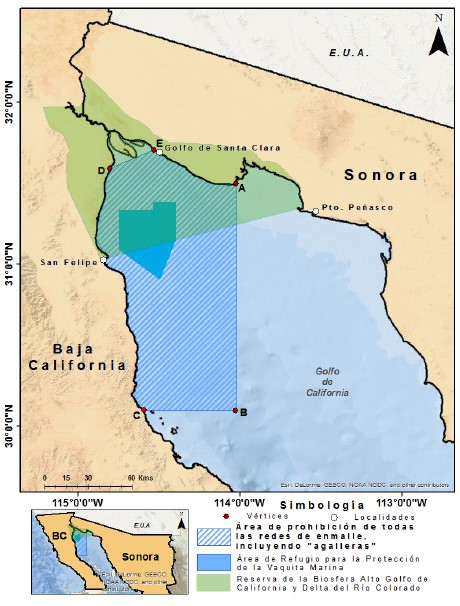 Preliminary small-scale equipment trials over the last year found some success in capturing shrimp using the “suripera”, a net used commonly in Sinaloa.  The net seemed to be more effective at Golfo de Santa Clara, while at San Felipe, the use of a light trawl, known as the “chango ecológico” has been shown to capture shrimp. Commercial permits already exist for the latter.  Neither of these nets captures vaquita, so they represent good alternatives. This fall trials will be expanded to test their commercial viability even further.

Recent studies on the totoaba population suggest the possibility of changing its endangered status, such that a legal sport fishery might be possible.  For sport the fish is caught with hook and line, not using gillnets.  The government is contemplating managing such a fishery by selling a limited number of permits, in a way similar to what is done with big horn sheep.

These actions bring hope for vaquita’s future and for the future of fishing in the region.  Our big challenge is to create a system where humans and vaquitas are compatible.  In summer of 2017 a memorandum of agreement was signed between the Mexican government, the Carlos Slim Foundation and the Leonardo DiCaprio Foundation to work together to save the vaquita, but also to address the needs of the communities that must change their livelihoods to align with this new reality and a more sustainable way of fishing .

CEDO is participating with a working group to define an action plan for community building and economic development.  We see the first step as creating a positive environment for working together towards a collective vision for sustainable livelihoods and salvation of the vaquita.

Through education and outreach to fishermen, support for changing gear, youth participation in an environmental contest that seeks to engage them in finding solutions, promotion of tourism alternatives in the communities, CEDO is working to identify and promote the needed changes.   While the plans and the funding are being discussed, your support to keep an outreach team at San Felipe and Golfo de Santa Clara is critical. 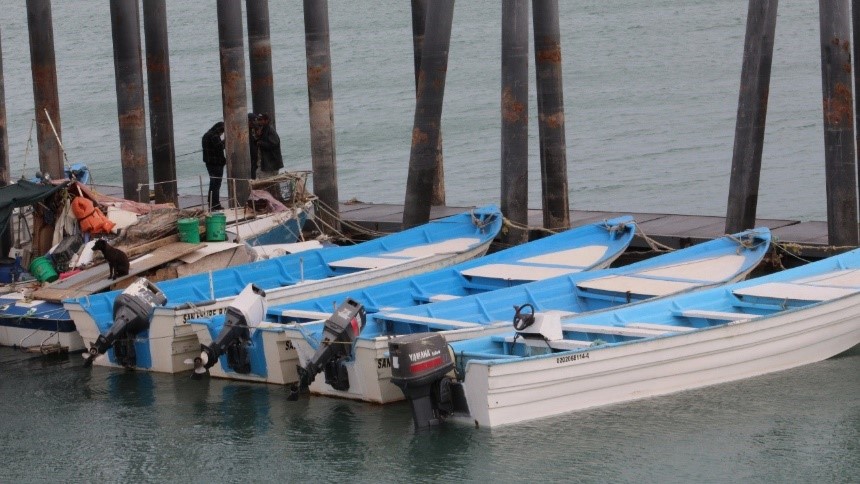