Baby Dace All Over the Place!

Previous Next
Baby Dace All Over the Place!
By Alan Ruiz Berman, Paloma Valdivia and CEDO collaborator Dennis Caldwell.
The Río Sonoyta is a tributary of the Colorado River system that spans across the border from southern Arizona to northern Sonora, Mexico, historically emptying into the Gulf of California near Puerto Peñasco (Rocky Point). Once an important freshwater ecosystem, it has all but vanished because of climate change associated droughts and the over-use of groundwater on both sides of the border. The only reach of this river that remains watered is an intermittent segment running for less than 1 km. 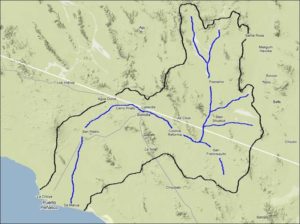 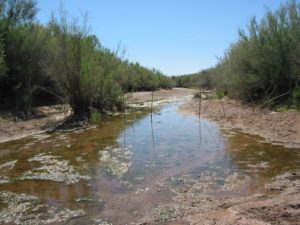 Historically, the river was home to several species of native fish, including the Sonoyta pupfish (Cyprinodon eremus) and the longfin dace (Agosia chrysogaster), both of which are endangered species in Mexico. In 2007, CEDO joined with the U.S. Fish and Wildlife Service (USFWS) and the Pinacate and Gran Desierto de Altar Biosphere Reserve, to establish a series of “refuge ponds” in northern Sonora, building one of these fish ponds at CEDO´s field station. The others are located at the Pinacate Reserve’s Visitor’s Center and at a local high school in Rocky Point (CETMAR) – see pics below. 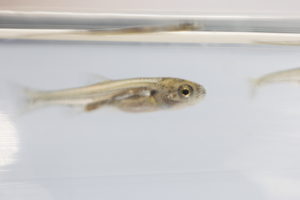 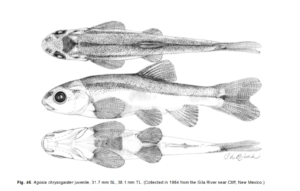 The goal of this collaboration was to maintain a healthy stock of these species, in case they ever disappear from their natural habitat. Longfin dace have not been re-discovered in the disappearing Sonoyta river since 2008; they exist only in our man-made fish ponds. Over the past few days, a guest researcher and artist, Dennis Caldwell, visited CEDO and noticed about 100 new longfin dace in our fish pond! They were able to reproduce by digging shallow beds on the sandy bottom and laying their eggs. This is an awesome achievement resulting from international collaboration and a handful of dedicated individuals who refused to give up on this little fish, and who took seriously the warning that this easily overlooked species could soon be lost. The next steps are to make sure that most of the newborns survive, and to expand their population by building a new pond, to which CEDO supporters have already donated to generously. With further donations we hope to create an interpretative display about the impacts of climate change on regional habitats and species and a palapa, or shade, for visitors so they can cooly observe the fishes. On the 23’rd of April, CEDO is looking forward to participating in a meeting at Organ Pipe National Monument with leading desert-fish experts who have joined the #RaceToSaveTheDace! 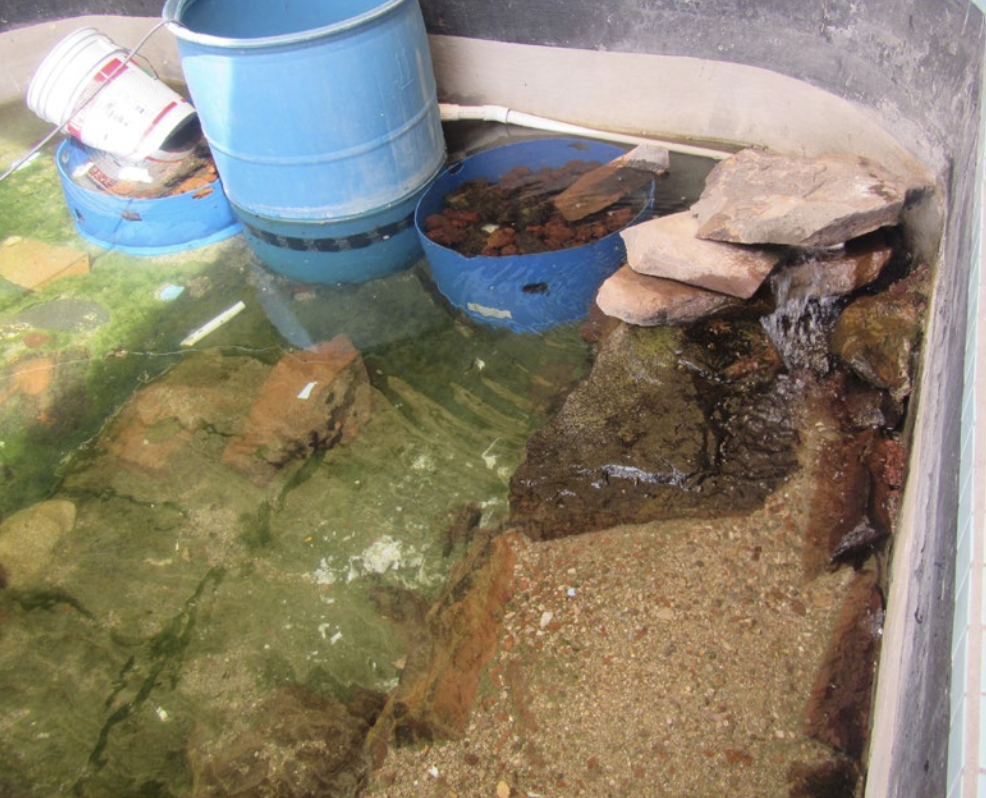 Pupfish pond at the CETMAR high school in Puerto Peñasco 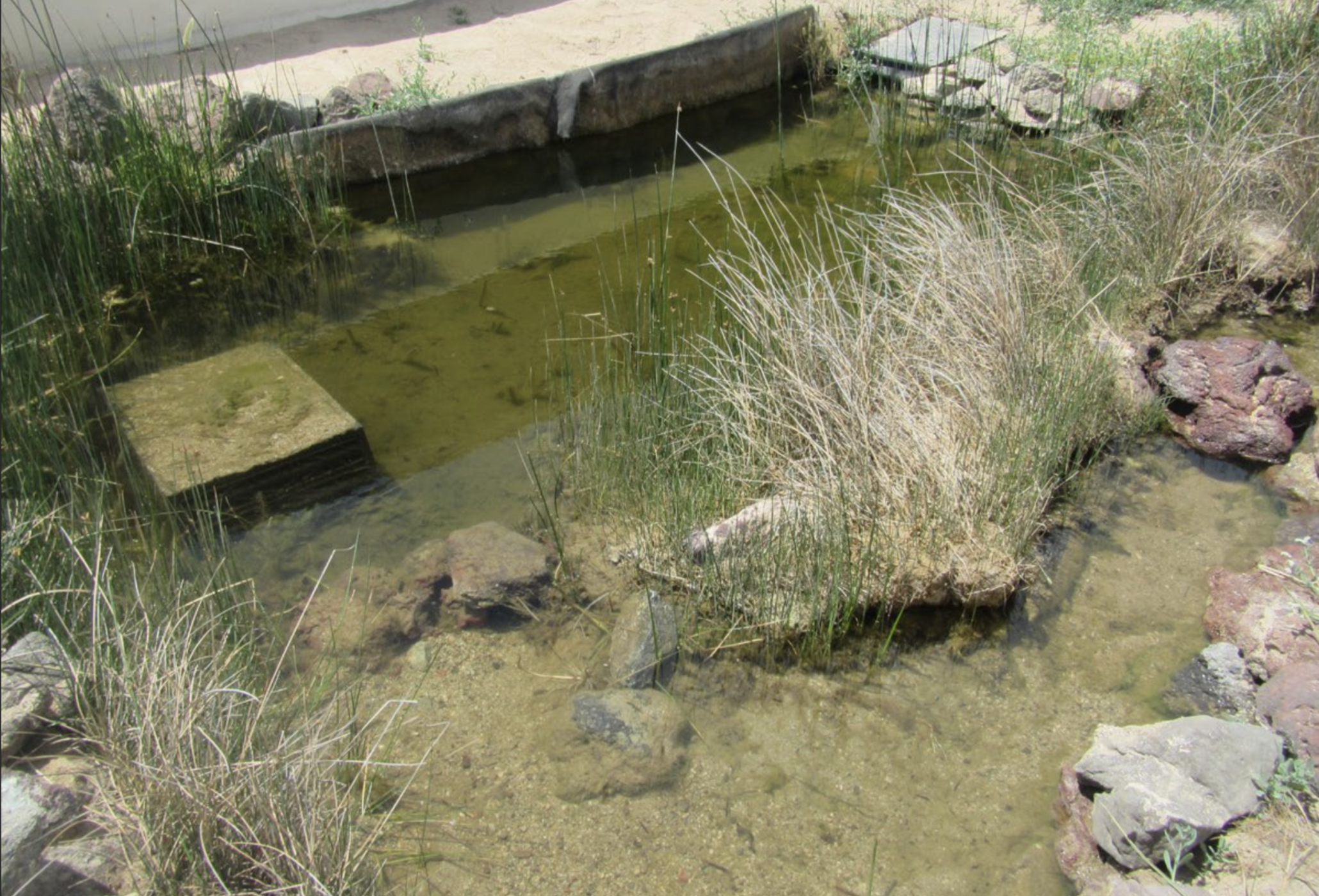 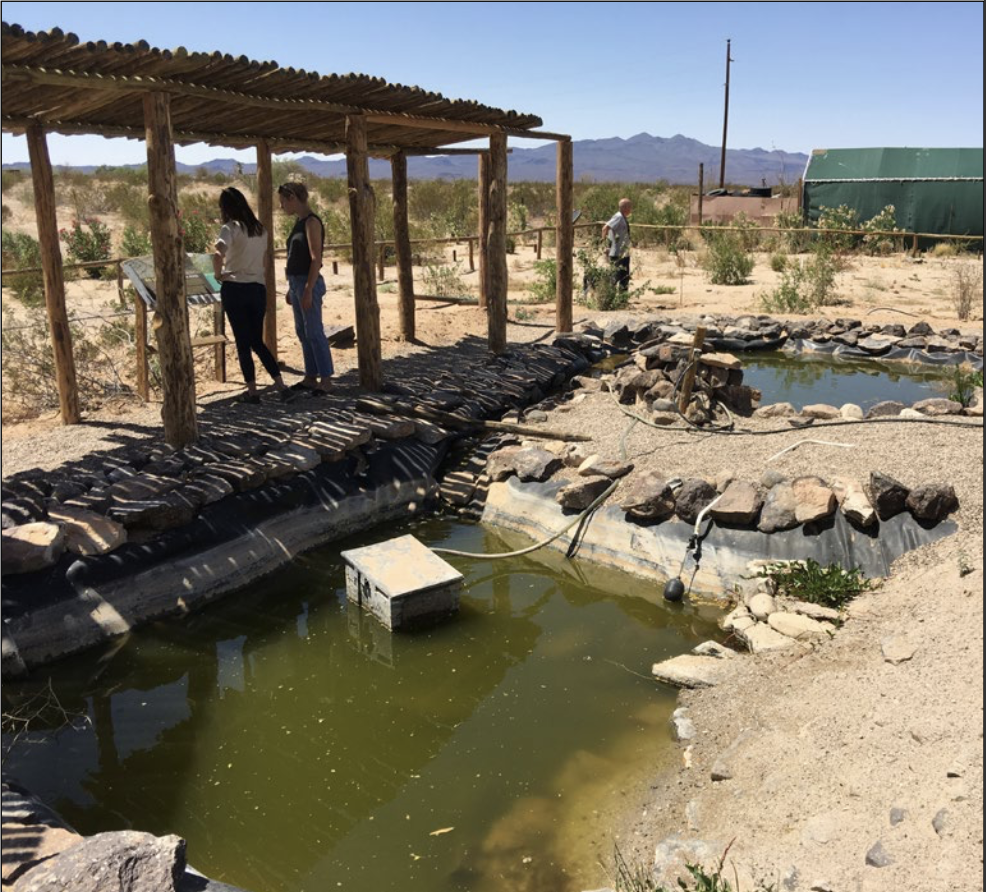