A Community Effort to Study and Protect the Least Tern

The least tern (Sternula antillarum) is a protected species of sea bird in Mexico (NOM-059-SEMARNAT-2010) and in the U.S. by the Migratory Bird Treaty Act. This small, white, fancy-flying bird migrates in April, all the way from South America to the northern Gulf of California where it breeds and nests. Terns are “plunge-feeding” birds that feed strictly out at sea on schooling fish and other small marine organisms; they are an essential part of the marine and coastal ecosystem and through their migrations transfer biological energy far across the globe. 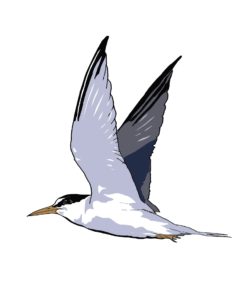 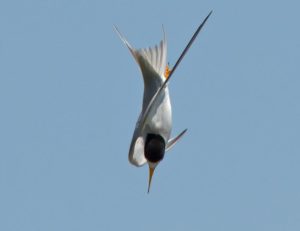 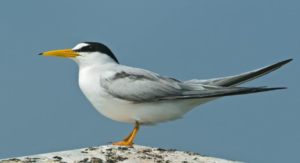 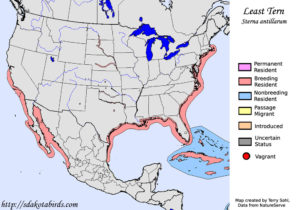 The pink area shows the resident breeding area of the least tern in North America.

Least tern habitat includes the open ocean (coastal and pelagic zone) and the Estuaries of the northern Gulf of California – semi-enclosed wetland areas with sandy spits and verdant halophytes, or salt-loving plants, that act as crucial feeding, resting, nesting and refuge areas for a wide diversity of migratory birds, many of which travel along a winter route called The Pacific Flyway. While the highest concentrations of birds at these estuaries occurs during migrations in the winter months, it is in the Spring and Summer (April to June) when least terns court, mate, and form nesting colonies. By studying these nesting colonies we can learn about the state of tern’s food stocks, such as sardines, and glean insights into the entire marine food web. 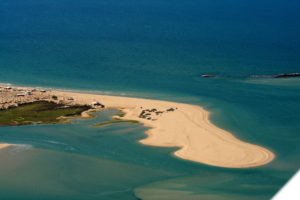 Sand bars at the mouth of Morua Estuary form an ideal nesting habitat for seabirds that require close proximity to their source of fishy food.

Least terns breed in colonies of around twenty-five pairs per colony. Each monogamous pair produces between one and four eggs in a season. The chicks hatch after an average of 21 days and three weeks later are able to fly, but the parents continue to feed them for some time. Females lay blueish, mottled eggs on sandy areas close to the sea with sparse vegetation, such as at the mouth of Morua Estuary (above) where shell fragments help to camouflage the eggs with the sand. Natural predation is, well, natural, but human impacts like climate change, all-terrain vehicles (ATV’s), pet dogs, and loud visitors threaten the survival of local populations. Any disturbance to a nesting colony, if it doesn’t actively destroy nests and chicks, can frighten the tern parents such that they abandon their eggs and expose them to the deadly heat of the sun. 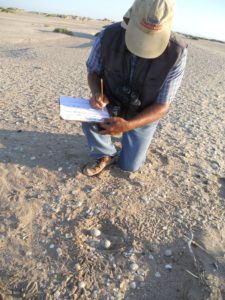 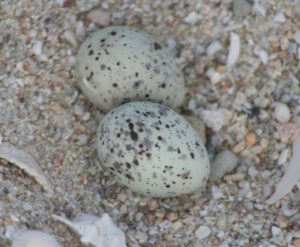 Scientists at CEDO documented the presence of nesting colonies at Morua Estuary in 1992, and produced recommendations for a management plan in 2006-07, but there was little response from the relevant government authorities. This is why, starting in 2013, we began to involve the local community in the protection and monitoring of these vulnerable sea birds and their fragile nests (see data below). This support has been invaluable to our effort, and this year we are encouraged to be able to count on the Club Morúa, a local NGO (MX Civil Association) that is literally in position to help us protect nesting areas on the East side of Morúa Estuary (31 ° 17 ‘N & 113 ° 26’ W). 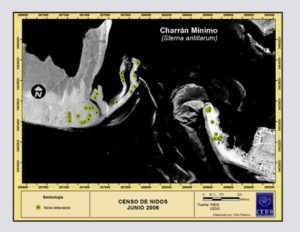 Conservation actions that will be undertaken by the Club and other participants, under CEDO’s expert guidance and supervision, include:

A typical monitoring regime is similar to a search and rescue pattern (Photo from CEDO Archives). 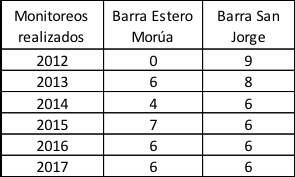